What's Up With Kids These Days? 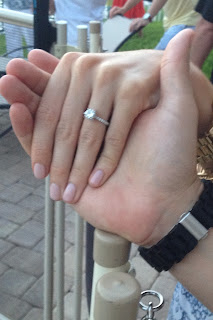 My nephew Kyle got engaged to Kate on Friday night.

He planned it for over a week. He decided to rent a helicopter to fly over St. Pete and show Kate a video that he carefully edited with a poem he composed, music and pictures of both of them. At the end of the video were the words:  "Would you marry me?" He would be on one knee when she finished the video.

Well ... the poor guy had bad luck from the start. It poured Friday night. No way to take out a helicopter. So, his aunt Debbie came to the rescue. She got him a room at the Vinoy Hotel. He took Kate to the Vinoy for drinks keeping the rest a secret and although he had reservations across the street at ZGrill ... he couldn't get there because of the rain.

Change of plans ... he told Kate they had reservations at Fred's at the hotel. He didn't. She still didn't have a clue when the hostess said they didn't have them on the list. Kyle insisted ... and they gave them a table.

Kyle told her he had a surprise and took her to the room. He then handed his phone to Kate to look at a "funny" video. Kate finally got it when she looked at him ... on one knee.

When I asked Debbie to marry me, she was hung over and barely awake when we went to a movie and I romantically pointed to the screen which said "Sue Will You Marry Me? Love John". 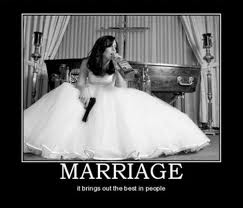