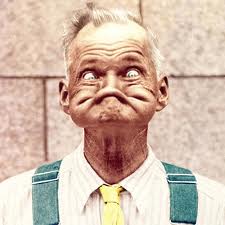 Sammy decided he would join the family today for Thanksgiving dinner.

He wasn't so sure the other day when I called him. Then again, he wasn't sure who was talking to him on the phone. He called me.

"Well, you called me ... but while I have you on the phone ... do you want to come over for Thanksgiving on Thursday."

Translation: 'I don't want to deal with 25 members of the family but I'd like you to take me to breakfast on Thursday morning instead.'

So, this morning, I took Sammy to IHOP to get a waffle. As soon as he got served I knew what he was going to say:

"Don't you think you should taste it first before you say that."

He waves the waitress down and asks her to heat up the waffle and get him some hot syrup as well. She brings it back smoking on the plate and a large styrofoam container filled with syrup. He dumps the entire content on his waffle and literally drinks both.

No teeth of course.

"I'm a little disappointed with the syrup."

"Looks like it didn't stop you from finishing the whole thing."

Panic set in! "We aren't going to eat dinner until about 4. You want to just hang out at the house until then."

"You mean Debbie's parents? The Gallaghers?"

I'll let you know how this one turns out. God give me thanks ... or strength ... whatever (same thing).