You CAN Go Back Just Don't Look Too Close 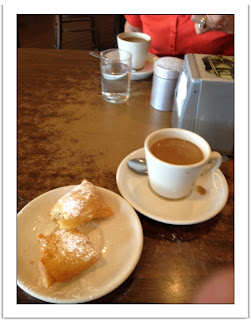 We ate in my favorite restaurant Antoine's (a celebration with friends Luis, Cindy, Fred, Kay and Judy). Then we ate again in my new favorite restaurant Ralph's on the Park and then ate ONCE MORE at Morning Call for coffee and donuts (non natives say cafe au lait and beignets).

Stomach full, I took Debbie down memory lane (she is SO patient).  As you will see in the photos, I numbered the "high points".

I'm sure you will scan these quickly ... I would if I were you. 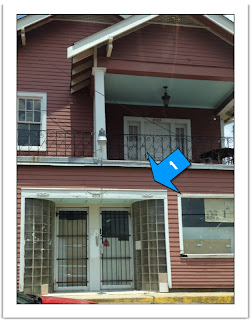 1. This is Rendon Inn. Well, it used to be. It was our local market and sandwich shop. I lived down the street from here growing up. We hung out at the front door when we were about 10, pretending to smoke cigarettes.

There was a pinball machine in the sandwich shop. We'd get roast beef poboys, fries and a Barq's then spend the day playing pinball. By the way ... in those days, you could win money on pinball machines. 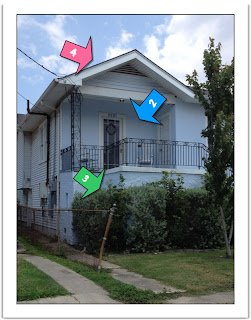 2. This was our house on General Pershing St. Actually, it was the front porch and front door (I think). We never used the front door. I don't know why, but my mom always made us use the side door.

3. There was a basement in this house with a beat up tinny sounding upright piano. I banged the hell out of it and put tacks on the hammers. The neighborhood was surrounded by lots of old New Orleans musicians.

4. This roof was gone during Hurricane Betsy. We were inside when it ripped off and fell on our car in the driveway. It was my first experience with a hurricane. That afternoon, we were playing football at my friend Elliot's house and thought it was pretty awesome to throw a ball and have it come back to you. 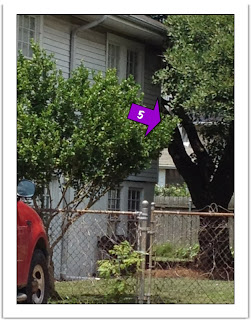 5. Behind the house was a Japanese plum tree. I played in that tree for hours. I was Tarzan ... my brother was Boy. He'd bring me food until one day he got fed up and threw a dart at me. 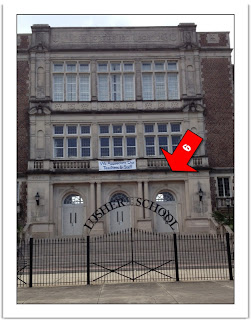 6. Fortier High School. The front entrance faced Freret Street. No one used it. The steps were used for class photos, but that was it. This is a theme in New Orleans ... no one uses the front door for anything. We would enter on Nashville Ave. or Joseph Street. One entrance was for hoods and one was for frats. If you arrived in the wrong place ... you were killed.

It was a really nice school ... if you liked violence,

Ironically, the school is now Lusher, a magnet for the arts. The only magnet I remember was owned by a kid named Stubby who used to carry it in his pocket. It fit nicely over his one good hand. 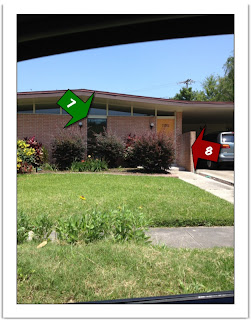 7. My house on Melody Drive in Metairie. My folks moved here when I graduated. They never told me. True story ... I came home from college and went to the wrong house. The plants were all fake outside. My mom used to put plastic flowers in the yard to look better and try to win the neighborhood beautification award.

8. Our front door. You guessed it. No one used it. the door on the side was the "front". 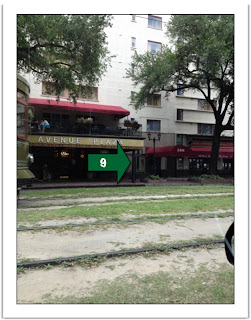 Sad ... a thing of the past. He also had one of the most famous recording studios in New Orleans: Instant Records. He recorded Benny Spellman, Irma Thomas, Deacon John, and the Ivories, Robert Parker and Allen Toussaint. 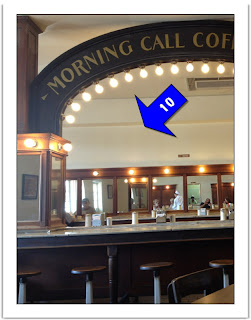 10. Morning Call. THE place for the locals to go in the Quarter. On dates or after dates, we would meet up for coffee and donuts ... It was opened late.

Cafe Du Monde was a couple of blocks down the street.

A real sign of the times ... it is now in a strip center in Metairie with the original bar, tables, sign and mirrors.