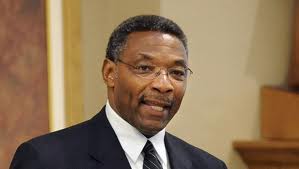 It was one of the biggest losses that our community will ever know. For those of you who don't know, Lee Roy Selmon was the first member of the Tampa Bay Buccaneers to be enshrined in the National Football Hall of Fame. A graduate of the University of Oklahoma, he was inducted into the College Football Hall of Fame as well. Lee Roy was the first Athletic Director for the University of South Florida and built the USF football program. He has been a successful athlete, a successful businessman (Lee Roy Selmon's Barbeque restaurants) and a successful human being.

The latter is the most important.

I was so privileged to have known him, worked with him and be inspired by him. I remember one night at a USF basketball game, my son and I were sitting by the court and I was talking to donors and friends of the University. My son was bored and just wanted the game to start.

Lee Roy sat down next to Josh. I leaned over and introduced him.

Josh sighed and put on a smile and turned toward Lee Roy with his hand outstretched.. "Oh my God ... you are Lee Roy Selmon."

Josh turned back to Lee Roy in amazement. "You work at USF? What do you do here?"

He smiled broadly and patted Josh's shoulder. Josh looked up to me with such admiration. He talked to Lee Roy throughout the game ... don't know what they talked about but after the game,  Josh said to me. "He's unbelievable. I can't believe he talked to me so long. It's so cool that you work with him."

"He's a great guy ... the best. You know he was teasing about doing anything I tell him to." 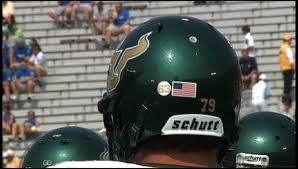 This weekend we beat Notre Dame ... a first ... and a great start to the season. Lee Roy was supposed to fly to the game with us and appear at the College Hall of Fame for our tailgate party.

He was there ... I know he was. Notre Dame can have their ghosts running up and down the field ... Knute Rockne, the Four Horsemen, the greats in football.

Joel- not sure if you remember, but Lee Roy's wife Claybra worked at ACH for a short time when we were all much younger! I remember that she had a very kind and soft spirit about her. I was very saddened to hear of his sudden passing. -- Sharon Wentz