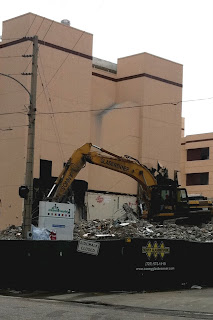 Today ... I happened across the demolition of my former "home", All Children's Hospital.

It's the place I worked for over thirty years. The images ran through my mind as I watched Sonny Glasbrenner tear out the walls of the old Emergency Center.

There's a brand new All Children's Hospital down the street. It stands proud and majestic ... overlooking the medical complex that surrounds it.

But it's not this building.

This building has heart and soul. Always did. Just ask the hundreds of thousands who passed through the doors. I still see the faces of the children, the families, the staff  ... the courage, the tears ... and the miracles.

I remember Doug ... a cystic fibrosis patient who lived much longer than he was supposed to. CF is one of those terminal diseases in children that destroys the lungs. Most might live into their teens but Doug beat the odds ... living into his twenties. He was determined to get his way ... his way was to go to school, get a job, date lots of women, and spit in the face of death. He did it all. He even wrote and videotaped his own memorial service with specific instructions about who was invited and who wasn't. I was among the lucky ones ... I got to help organize it, speak about Doug's exploits (there were MANY) and watch the video he shot.

The last scene showed Doug pulling down his pants and mooning the camera ... saying to his sister, "Hey Sis ... I knew you'd like this ... This one's for you!" 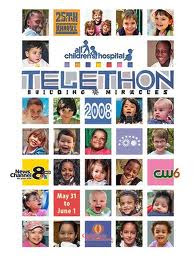 Tommy D. was another one of my all time favorites. He lived in the hospital while his internal organs developed. He had "short gut" syndrome ... his digestive tract was not complete so he was fed through a tube for many years. You'd think that would slow him down.

Tommy was a terror on the floors. He would spend nights making crank calls to nurses, scooting down the halls in a toy car dragging a portable IV, in general ... being a kid. Tommy was always a special guest on the telethon, but we held our breath whenever he was interviewed. His language was pretty colorful. He was loved by all. He is now a talented artist and speaks beautifully.

Christie was a cancer survivor.

She starred in a production that was filmed and shown on NBC's Main Street show. Christie missed a couple of years in school when she was battling and beating the odds all the while taking incredibly high doses of chemotherapy. It never stopped her. She went extra years to college, refusing to give in ... graduated and worked at the hospital. She's now happily married and has her own beautiful children. 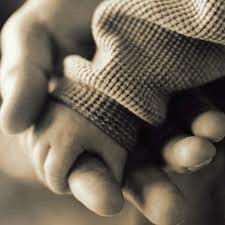 I stood there and watched the demolition. The walls came down ... the dust came up ... there was no crowd ... just me. But I realized at that moment ... I'm so very lucky. I lived there. I was one of the privileged few to be invited to be part of a very special family.

I'll always have that ... even when the walls are all gone.

Wonderful post, Joel. While my tenure was "only" twelve years, I too, have been permanently changed by the special soul of All Childrens, its patients, staff, physicians and friends. I am blessed to have been a part of it. Beth Houghton

Yeah. My son had surgery there when he was two years old, and when my sister had a major stroke at the age of 27, it was pediatric neurosurgeons from All Children's who saved her life. I will never forget.

@Beth ... You changed many lives as well. Thanks for the great comment.

Oh Joel-- wow thank you for posting this, it brought tears to my eyes. What serendipity that you happened by-- as we know there is always a reason, maybe a sense of closure? Who knows.

I too think of the 20yrs that I walked up that ramp. I LOVED the kids and people that I worked with. I feel proud to have helped pave the path to that beautiful new facility. My heart holds the memories of those hallways and rooms.

The Cystic fibrosis gang of kids, myself and the 3-11 Respiratory Therapists would wait for the nurses to leave at 11:30pm. As they took off down that ramp we would squirt them with syringes of water! We also had a tradition of sticking our gum on the tall shrubs outside the window of the room in the corner that was back by the IV Dept. office... crazy. I remembered thinking that Administration on the first floor had NO idea. Ha...

Thank you for reminding me of Doug, Tommy D (omg! wild man that was my constant challenge for me as an IV nurse). The dialysis kids were beyond brave- Danny S. that actually went on to work as a phlebotomist before losing his battle, Moses that exerted his will and challenged me AND his mother every day! Brother and sister Susie and Steven B.-- Susie went on to become an RN, Steven was my birthday buddy and NEVER failed to contact me every June 23.

Then there was Rodney C. that named me "Baaaaybeeeecakes (Babycakes with an upward inflection of your voice)!!!" yes that was in my 20's and it stuck for a very long time as even the docs would refer to me as that! Dr. Prebis actually called me "Babycakes" at a meeting in Seattle... OMG I could have died laughing. Hummm how does one explain that??????

I could go on and on. My own beloved son Andrew was diagnosed with Epilepsy in that building. I tried to sleep in the seizure monitoring unit and take care of dialysis business by running back and forth to my office.

The last 10yrs I have found myself back in adult healthcare. It is funny that just last evening I found myself remarking about how resilient sick kids are and how the parents taught me to transparent, honest and real. Today I carry the stories and spirits of those that crossed my path. ---- Sharon Wentz RN, Corvallis Oregon

This was fantastic! Thank you for sharing.

@ Sharon ... Thanks for the additional memories. I remember ... So many more You helped so many. Miss you.
@ Stephanie D ... Thanks! And welcome aboard.

I too was at the building when my daughter was born at 32 weeks. I feel the same way, this was not just a building to me, and Im sad to see it go....

Sad that the old building had to be demolished. ACH was my first real job in Information technology. My department lived in the services building across the skybridge until we moved into the hospital basement. I remember when the fuse panel blew up and all the children were moved to BayFront. Also when the upstairs lab flooded and wet ceiling tiles dropping on my computers. It was always an adventure. I left in 93, but I still have many fond memories.