You've Got A Friend In Me, Randy 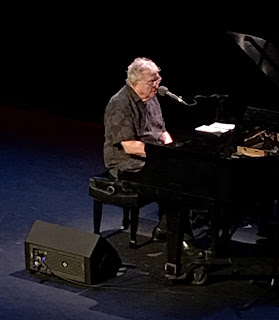 Last night, Deb surprised me with a date night and it wasn't even my birthday.

The day before, my sinuses were angry and wouldn't let me out of bed. Fortunately. they gave me a break last night and cleared ... just long enough so that we could spend time at the Capitol Theater with RANDY NEWMAN.

Randy Newman was by far the biggest influence on my music. There's no one quite like him. Mix ragtime, New Orleans dixieland, swing ... a few passing chords underneath ... a voice that defies definition ... a cynical look at life with sweet lyrics ... smart and clean ... that's Randy.

And he did not disappoint. He came out on stage ... just Newman and a grand piano ... looking like he just rolled out of bed and played like the genius he is. Hard to say which ones are my favorites because I really love them all for different reasons. Back to back he played my New Orleans favorites (as close to autobiographical for him as any) Dixie Flyer and Louisiana. As the story goes, he was born in "November '43" got on the "Dixie Flyer bound for New Orleans". His parents were Jewish but he was raised without any religion "tryin' to do what the gentiles do/ Christ they wanted to be Gentiles too/ Who wouldn't down there, wouldn't you?/ An American Christian".

Louisiana 1927 was the story of the great flood of 1927 which left 700,000 people homeless in Mississippi and Louisiana. he wrote it in 1976 but it became identified with Hurricane Katrina after Aaron Neville covered it for a fundraiser. "River rose all day and it rose all night/ Some people got lost in the flood/ some people got away all right".

He played new stuff from his album Dark Matter ... fantastic: Putin (yep that Putin), Sonny Boy (about Sonny Boy Williamson, the blues singer and his early death as he looks at his pretender from heaven), Lost Without You (beautiful ballad).

Aw heck I could go on for days. 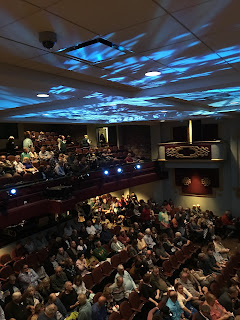 By the way ... The Capitol in Clearwater had been renovated a year or so ago. What a cool place to see a concert.  Still has the ambiance of the original theater.