Brain Boy: Back to Work 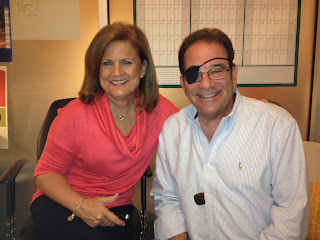 That's right. I go to work and leave the comfort of the man cave and cut the apron strings (although I still can't see straight so Debbie might help out by driving me to places I can't get to if I beg).

Know what I won't miss the most? DAYTIME TV.

Here are my top five shows: 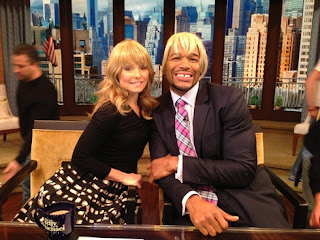 1. Live! with Kelly and Michael. That's Kelly Ripa ... the chick that used to make sure Regis was still breathing. Now she co hosts with Michael Strahan ...  Seriously  ... The gap toothed former NY Giants Defensive Player of the century, who has Super Bowl rings, multiple pro bowl appearances and is a future future Hall of Famer. He's 6 foot 5 and she's 3 feet tall. He giggles and dances and throws her up in the air and is the most embarrassing former football player I ever saw on TV (well .... there's the Dancing with the Stars group too). It's my number one pick because I watched only one segment but made it all the way until Michael did a happy dance at the end. 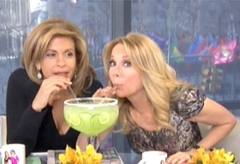 2. Hoda and Kathy Lee Show. I thought Kristen Wiig's character was an exaggeration. No way. It's dead on. Kathy Lee's wine drinking and comments even make the audience embarrassed. Hey ... come to think of it she's married to Frank Gifford (who almost got away) ... former quarterback for New York. Maybe Frank can fill in for Michael sometime. 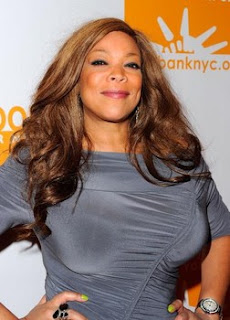 3. The Wendy Williams Show. Who the heck is this woman?  I can't figure out who she is and how she got a talk show. Her only claim to fame is her breast size which has to be 45 EEEE. 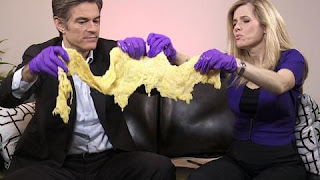 4. Dr. Oz. This guy has women all over the world lined up outside the studio hoping he might call on them to tell all their personal hygiene problems on national TV and dress up as human bladders. 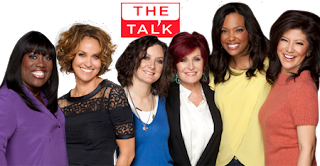 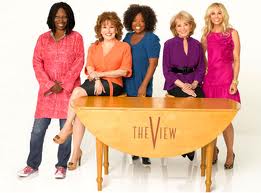 5. The View vs The Talk. I can't give these two a fair assessment because I watched both for less than 10 minutes. I think they are pretty much the same ... One panel has Sharon Osborne and the other has Whoopi Goldberg. Most of the debate is about what good mothers feed their babies and how disgusting Miley Cyrus is.


Give me a stressful week at the office ANYTIME!
at September 06, 2013