Sometimes I'll find great pictures and create news stories around them. These were all senior citizens with lots of chutzpah (Keli ... that's a lot of NERVE). Who knows .... might be true??? 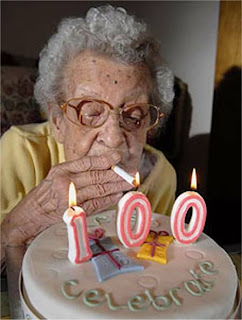 When Shirley Spivak was just three years old she told her mother that she wanted to join the circus. Shirley's mother naturally wanted to know where she got such an interesting idea. No one in the family had ever been in that business.

"I want to make people happy," said Shirley
"Very admirable," answered Mrs. Spivak, "now would you pass me one of your cigarettes?"
"Certainly, mom." 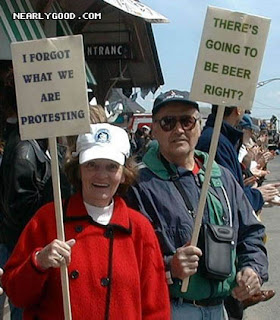 TWO STRIKERS ARE FOUND HUNDREDS OF MILES FROM THEIR FELLOW PROTESTERS

Blanche and Harold Outatouch were found Saturday morning wandering the pier in Santa Monica after being reported missing by their children, Betsy and Harold, Jr. Blanche and Harold were members of the Yuma, Arizona Dirty Dozen (a small but powerful button making union ... in the throes of  a fierce management struggle to create a new button mandate schedule for the workers.)

Somehow the Outatouch couple wandered into the desert and walked for days until they happened upon a tour bus of tourists willing to feed them. 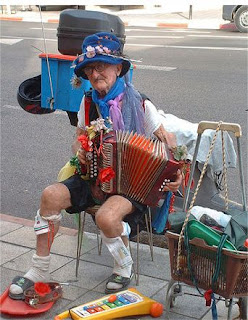 ONE NIGHT ONLY: DELORIS PRINGLE AND HER ONE GIRL BAND

Tickets on sale now at the Boise Playhouse

$5 for Reserved Seating
$2 for General Seating

Proceeds benefit "The Association of Women Who Should Know Better But Really Don't Give A Damn Once They Pass Ninety" and "Homeless People Who Want to Learn The Fluglehorn"
(wait a minute ... Deloris might be Dominic ... aww what the heck when you get that old sexes seem to just blend anyway)

Hysterical! I'm already a member of the women who don't give a damn past 40.

@ Betty ... Makes you have something to look forward to huh?