You probably figured out which group I belong to.

Years ago, I always thought I was hip until I had kids who reminded me often that I was not hip, not funny, not cool and embarrassing. I smile often today when I look at them raising their own kids knowing that paybacks are hell.

Oh course hipness is relative, depending on your stage in life. I mean … I was a musician, an artist, a writer, a teacher … how hip was that? Who cared whether I didn’t sell a lot of books or make it as a painter or that I was reassured by only folks who worked for me later in life that … I WAS HIP.

So … fast forward to today. Older, not much wiser, my last unhealthy hip replaced by a titanium insert  … definitely NOT feeling hip. For you who have undergone joint replacement … it’s not much fun.

In the maze of crutches, ice packs, raised toilet seats, compression stockings, vibrating leg cuffs … you wonder when you can not think about your hips! Funny, I did this once before three years ago with my left hip and don’t remember as much pain but I don’t remember what I had for breakfast lately either

Yesterday, Debbie visited one of her billionaire condo owners to instruct them how to open their garage doors (or something less complicated). Debbie’s been taking care of me since surgery and was afraid to leave me alone for ten minutes (knowing I might get confused and hurt myself). 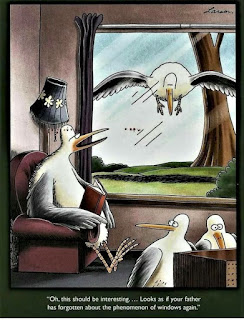 I had just taken my 13th pain killer before lunch and suddenly a hawk slammed into my sliding glass doors by the pool. He hit so hard that I swear he pooped all over the deck … then got back up and flew into the glass again. Then he flew off.

I grabbed my phone.

“Debbie … Debbie … you won’t believe this . A hawk just flew right into our glass doors then pooped himself.”

Silence on the other end.

“Are you making fun of me because I saw a yellow butterfly by the pool and told you that was a great sign?”

“I’m telling you it happened. And if you don’t believe me, ask Bobby Kennedy. He was there. He saw it. So was Ben Franklin.”

“No honey. Don’t worry. You’re just hallucinating from all those medicines.”