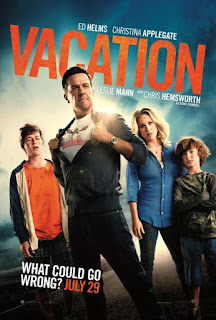 Here's my list of my go-to films that I never get tired of watching. I thought I'd share just a few ...

1. VACATION (2015) This sequel to the National Lampoon Vacation series is truly hilarious. Ed Helms plays Rusty Griswold (son of Clark "Sparky") all grown up with his own family. Christina Applegate plays his wife Debbie.

By the way ... if you are one of the three people left in the world that hasn't seen the original Chevy Chase Vacation series rent these first (especially Christmas Vacation and Vegas Vacation). You don't have to see these to understand the sequel but it makes it funnier. Actually ... rent them again even if you've seen them in the past. They are timeless.

Rusty's sister Audrey (Lesie Mann) is married to Stone Crandall (Chris Hemsworth). Some of the funniest moments are at Stone's house when they stop there on the way to ... of course ... WALLY WORLD driving in their Tartan Prancer an over complicated Albanian SUV. 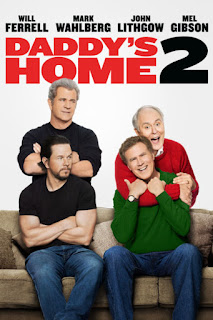 2. DADDY'S HOME Another sequel movie with Mark Wahlberg (Dusty Mayron) and Will Ferrell (Brad Whitaker). It follows the original movie that ended with the two of them create a system of co-dads where the two kids spend an equal amount of time at each fathers' house.

Will Ferrell again makes it all work. The guy cracks me up just looking at him. 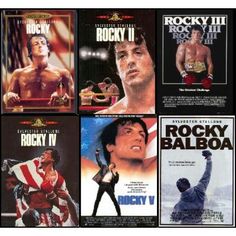 3.ROCKY ... All of them! Of course this is
on my list every year because I NEVER get tired of any of them. There is so much debate about which one is the best. I frankly don't care because I watch them in order and love every second. 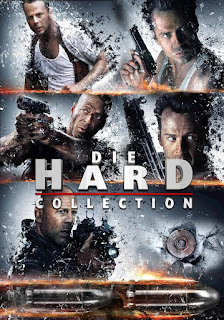 5. DIE HARD. Doesn't have to be Christmas to watch these. Bruce Willis is another timeless hero whether he's got hair, a toupee or bald ... he is one tough character.