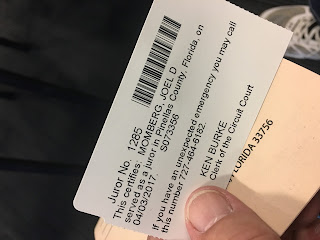 Jury Duty: The two words that strike fear in the hearts of many.

For me ... the words had new meaning last Monday when I checked in to the courthouse and took the last seat I could find between a large woman eating cheetos and a skinny little guy who last bathed in 1976.

I was Juror 1285. I think there were about 300 people there with me although there could have been 3000. I didn't look around. I just focused on my phone (trying hard not to converse with cheetos or Mr. Dirt.)

Here's how this works.

From the big room, potential jurors are called by number in groups of about 30. These groups are herded into individual courtrooms on one of four floors. Seated on benches four abreast, potential jurors face the attorneys for both sides, the plaintive, the defendant and the judge. The judge then explains the process. Questions are asked of each individual as each side listens intently to the answers.

So ... I was in the fourth group to be called up to the courtroom on the fourth floor (Cheetos and Mr. Stinky were picked earlier). There I was on the first row right in front of a judge I knew well. "Interesting," I thought. "Should I disclose the fact that I know him ...?" Didn't have to wonder long. His first question was (to each of us) "Do you know any of the people involved in this case ... attorneys, defendants or the judge?" He asked us one by one.

"Yes Mr. Momberg. I'll discuss that with the attorneys." Well, I figured that was it for me. I'll probably be excused along with the chick next to me that kept moaning about day care for her kids even though she worked nights at a bar, the woman who was some kind of accountant who argued about the way the questions were phrased asking the clerk to read them back and the ex attorney on the back row who said he didn't like the plaintiff and already made up the mind that his client was guilty.

Well ... I got three out of four correct. 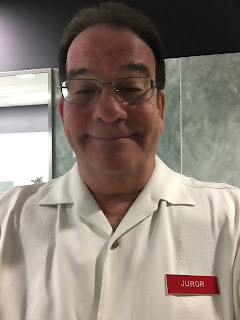 There were seven of us: Dawn, Bob, Shannon, Bill, Joe, Ron and me. For the next five days we would get to know each other well.

So the first couple of days were filled with opening arguments with diagrams and pictures of the cars and the streets ... long winded medical testimony from doctors about the structure of the spine, and the descriptions of injections that the Plaintiff took ... pictures of the Plaintiff before the accident when she was into swing dancing, sculpture, skydiving, and other stuff.

On the first day, Ron (who sat in the back row) fell asleep through two hour long video testimonies. He was the youngest among us and was a military guy who apparently didn't get alot of sleep. I say that because he slept the next day too. Day three ... he was gone. The judge said in court that Ron was dismissed because he was the alternate ... didn't mention the fact that he missed most of what was said. 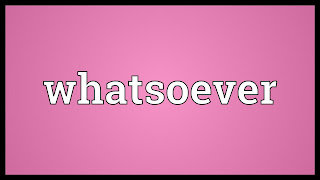 Throughout the long days of the trial, we were reminded AT EVERY BREAK that we couldn't talk about the case to anyone, anywhere, under any circumstance ... whatsoever. I put whatsoever down as one word because the judge made us say that every time we left the courtroom. Seriously.

We couldn't even talk about the case to each other. So the long hours in the jury room together  were filled with sharing personal facts about each other. I found out that Bob was a retired police officer who was excited to serve on the jury, had a few girlfriends over the years, smokes, and was related to a good friend of mine. Shannon and her hubby wake up every morning at 5 to work out. Turns out that she works out at the same place as my buddy Ray Smith and knows him. Dawn refills her gum dispenser because she likes the original box, lives on the beach and talks to Ray Smith on the way. (That's two friend for Ray ... two more than I thought he even had). Bill is a plumbing contractor who is working on a big house in Sarasota and DOES NOT DO TILE WORK (it's in his contract)  Joe didn't say much (I'm not sure that's even his name).

At the end of closing arguments, we were sent to the Jury Room with bound evidence books and instructions to make a verdict. The first thing we had to do was pick a Foreperson (Which Bob immediately volunteered for.) Then we had to decide whether the Plaintiff was hit from behind or careened backward (DUH. Easy one ... she was hit). Simple calculations on medical care past and future gave us the amount we awarded her and then we added on Pain and Suffering ... an hour and a half later we were done.

We knocked on the door ... headed back to the courtroom where the judge asked if we had reached a verdict and we said in unison ... WHATSOEVER!
at April 09, 2017