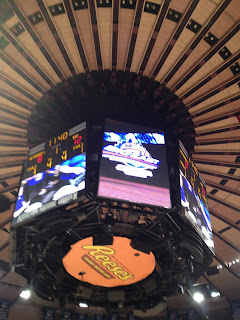 How sad it is ... no longer will we have a Big East Basketball Tournament in Madison Square Garden. Instead, there will be a tournament for the Catholic 7 ... the remaining teams ... who will "buy the name" and start a new tradition.

For USF ... it was a really sad time. We lost in the first round of the last tournament on Tuesday night. We were there.

I took a shot of the scoreboard in the first five minutes when we were in the lead 12-8. (the only time) 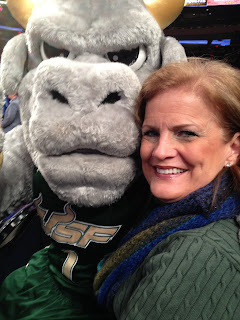 Debbie fraternized with the mascot ... Rocky. It was the one highlight. 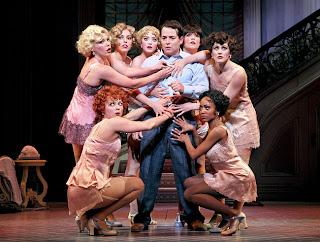 Tonight, there was another high point. We saw a great remake: Nice Work If You Can Get It.

Here's the story ... It's the Roaring Twenties, and a cast of outrageous characters gather in New York to celebrate the wedding of a wealthy playboy. But things don't go as planned when the playboy meets a bubbly and feisty bootlegger who melts his heart.

The Gershwin Boys were at their best. Go see it ... you won't be disappointed! 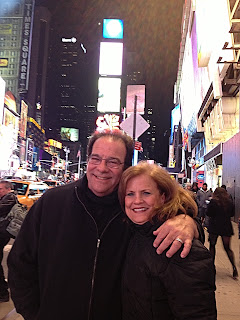 Back tomorrow. Bye from the APPLE.