Here are some more phrases you always wondered about ... or maybe not.

Bare Faced Lie:  It comes from the fact that a clean-shaven face could not conceal any lies, unlike a bearded man who could conceal things. Who knows? Honest Abe might have had a dark side.

Nitty-Gritty: This had its origins in the 18th Century slave traders' phrase for debris left at the bottom of a slave ship after a voyage. A visit to the hold was described as going to the nitty-gritty. The phrase was banned in the UK as one which would be offensive. 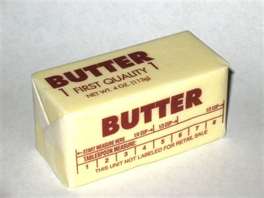 Butter Someone Up: No ... not what you do after consuming large amounts of alcohol and telling your mate "Hey ... here's an idea...". It actually comes from an ancient Indian custom of throwing butterballs at the statues of gods to seek favor. Why butterballs? I don't have a clue.

Give The Cold Shoulder: Actually giving someone the cold shoulder originated back in England when someone wanted to signal a guest that it was time for them to leave. The host would give the guest a cold slice of meat from the shoulder of beef, mutton or pork. I guess it was MORE impolite to say, "It's time for you to go." 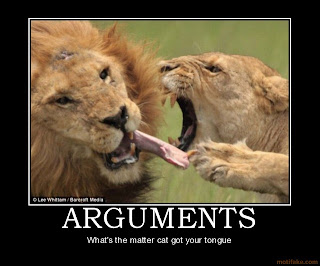 Cat Got Your Tongue: Painful for another reason, this actually comes from people who were whipped with cat-o-nine tails. In other words they were flogged for doing something wrong. So, with all of this flogging going on, the victims were usually left speechless.

Goody Two Shoes: Debbie will like this one. It comes from the nursery rhyme "The History of Goody Two Shoes" which was written by Oliver Goldsmith in 1765 in London. Goody owned one shoe. When she was given a pair she was so pleased that she showed them to every one saying "Two shoes".

Probably bragging just like everyone does when they have two shoes, huh?
at December 15, 2010

These sayings are "right up my alley".