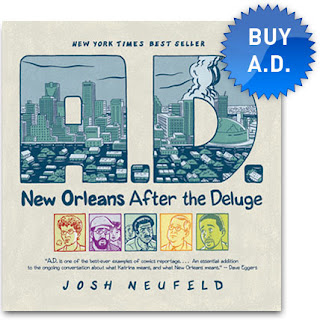 New Orleans will forever exist as two cities: The one that existed before that date, and the one after.

Two books worth a read on the subject:

"A.D.: New Orleans After The Deluge"... One of the most unique - and compelling - books written in response to Katrina is Josh Neufeld's non-fiction graphic novel  - a New York Times bestseller - which is just out in paperback. Buy it .... you'll love it. 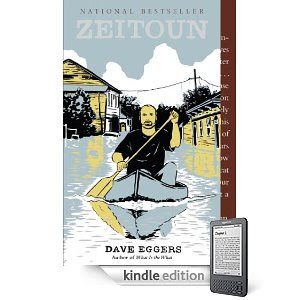 Zeitoun ... From Bookmarks MagazineToday, a personal story of a national tragedy. Five years ago, Hurricane Katrina struck New Orleans. Abdulrahman Zeitoun, a Syrian-born New Orleans building contractor, stayed in the city while his wife and children left to Baton Rouge. He paddled the flooded streets in his canoe and helped rescue many of his stranded neighbors. Days later, armed police and National Guardsmen arrested him and accused him of being a terrorist. He was held for nearly a month, most of which he was not allowed to call his wife, Kathy. 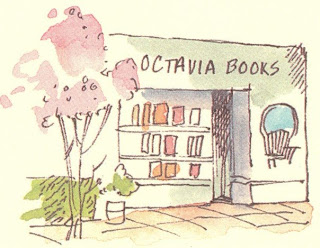 By the way .... check out Octavia Books in New Orleans ... they're on FB and have great website: