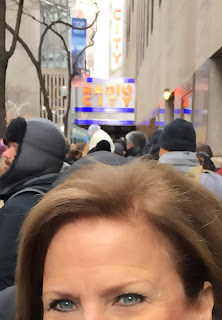 Christmas Eve morning at Radio City was a cold blast from the past! The line stretched around the block ... it was worth the wait.

Incredible production ... even 3D of Santa flying in to Manhattan  ("There is a Santa Claus ... There Is a Santa Claus" Said the little Jewish boy yesterday.) 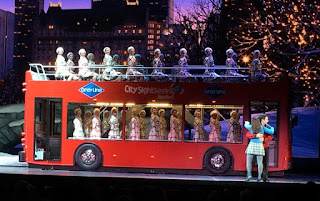 The Rockettes haven't lost a step (haha). They boarded a bus on stage and took a ride through Times Square. 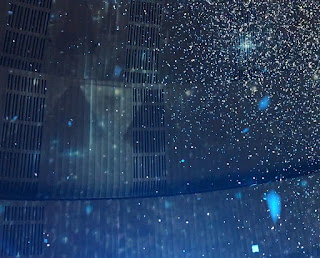 Not outside ... inside. That's right it snowed all over us with little flecks of white paper.

It's a Christmas miracle ... I didn't take pictures of the manger and the camels and the sheep and that stuff. Debbie took 734 shots of that if you want to see them. 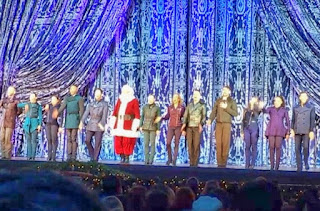 I took the important stuff ... like Santa and his friends. 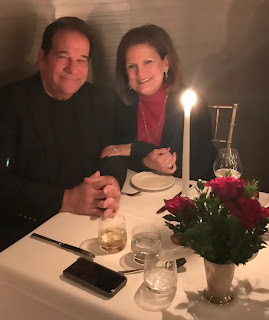 We took the subway back to the hotel ... changed clothes and then went to a cool place ... One if By Land. Two if By Sea. It's actually Aaron Burr's Carriage House. I kept singing "I am not throwing away my shot" (from Hamilton) in my head. This was quite a romantic spot for dinner!

Food was delicious and the atmosphere was great. Throw in a couple of roses and a few candles and you've got yourself another romantic night out on the town! 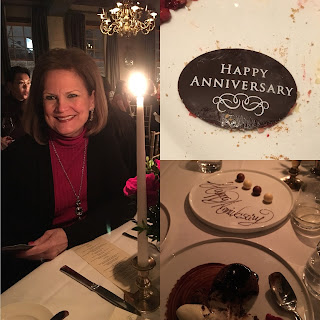 I should know being Mr. Romantic (as Debbie calls me ... not). But I was last night. This is the second night we celebrated our anniversary (12/21). We have a few more restaurants to go.
at December 25, 2017