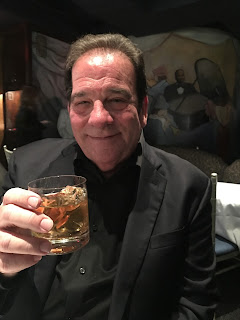 We toasted to New York at the Cafe Carlyle in the Carlyle Hotel last night.

Now that Old Fashioned(s) (the drink that apparently my son even drinks) are in style with the younger set ... places like Carlyle are brimming with millennials and fans of Mad Men ... which is pretty much the rest of the world. 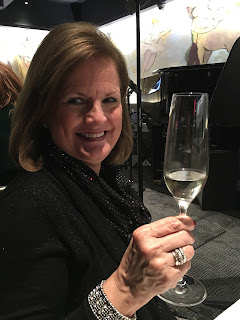 Steve Tyrell is the headliner for the holidays. Been here for many years and took over for Bobby Short when he died.  He's done a ton of collaboration, producing and recording of soundtracks, standards and movies ... was the wedding singer in Father of the Bride and he won Grammys and an Emmy or two. Wait ... we won an Emmy (but his is probably bigger ... anybody remember Chicken Named Mac? Sunshine Serenade? I'm Not a Little Ant?) I was gonna tell him ... but he was busy singing. Backed up by a group of exceptionally talented musicians, he crooned his way through the 10:30\PM show with us looking right up his nose ... GREAT SEATS thanks to a very good friend.

By the way ... no pictures of the performers were allowed during the show ... you have to trust me on this one. (It's a stretch huh?) 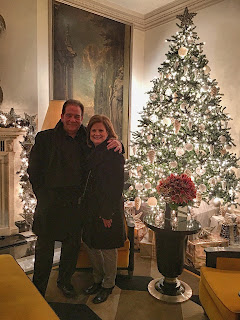 Wonderful way to kick off our Christmas week in New York.