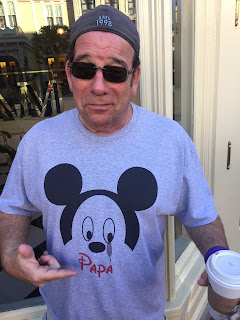 My feet are killing me, my back is sore, I just got into bed and I don't want to get up.

That is probably how every adult my age or older feels right about now after spending the last two days at Disney world, clocking in at 25,000 steps (more than 10 miles) and being WAY out of shape for this.

But you know what?

I had the easy job. My daughter and her husband hauled around a three year old and a one year old who are both adorable and are both at 130% of their growth charts (meaning they are BIG). 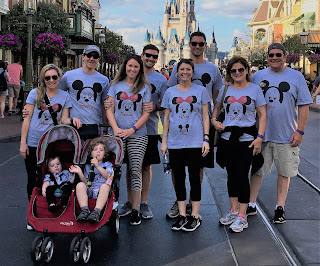 So here's the story ... We have been here for the last two days. It was a family trip that included 10 of us all together. My three kids and their spouses along with the two grand kids.

Nikki, the oldest made tee shirts for all of us.

Yesterday was Magic Kingdom day. We flew Dumbo, saw Winnie the Pooh, sang with the Country bears, swam with the Pirates ... you know ... did all the fun stuff. 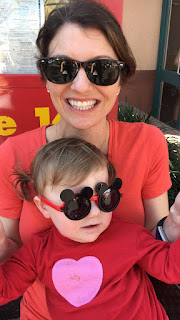 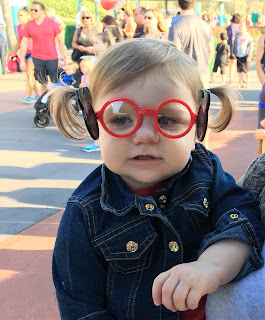 Grace opens her shades and shares the Harry Potter look 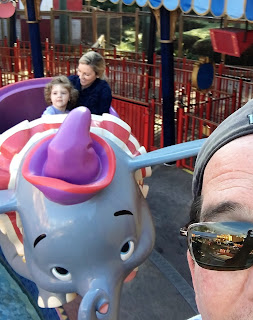 There were Dumbo rides, (Dumbo was the guy in front taking pictures of the cute kids in the elephant.) 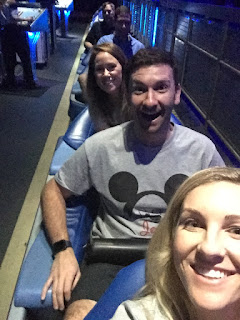 Coasters ... that was Space Mountain I think. I didn't go with them. I opted for the more manly Adventures of Winnie the Pooh. 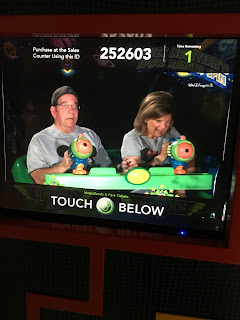 Shoot'em ups ... I managed to injure lots of those little Minions or something. 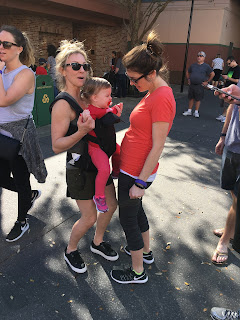 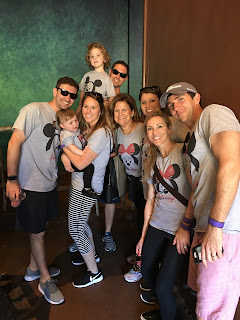 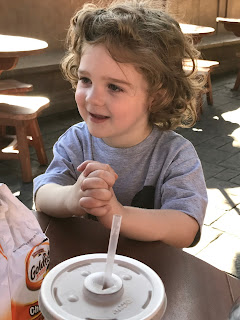 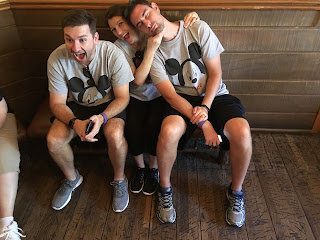 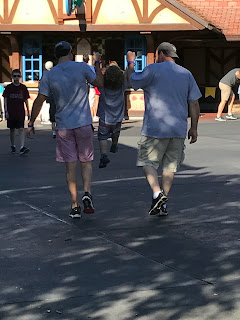 Cole wanted to be airlifted .... OFTEN 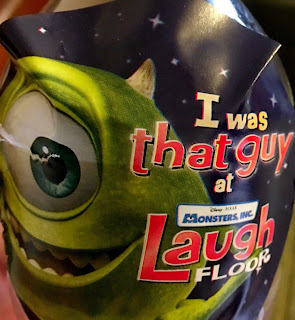 I was "that guy" at the Monsters INC Laugh Floor. That means they put a spotlight on one fool that was called out repeatedly throughout the show to make fun of.

That would be me. 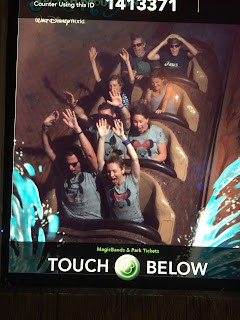 More coasters. I think this was Splash Mountain. I missed that one too. I think I had to do Mickey's Red Carpet or something. 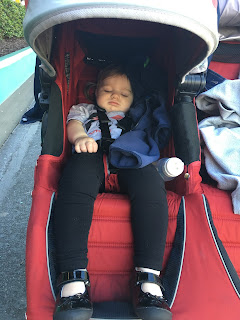