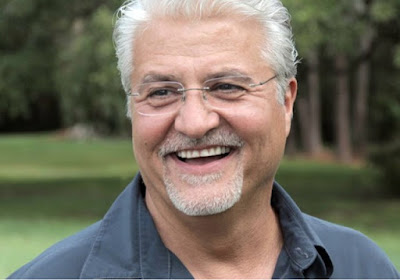 Sad news today about one of my closest  friends Dave McKay, WQYK longtime country radio personality, who died this morning unexpectedly. He was only 55.

Dave was irreverent, funny, constantly talking ... And truly a guy who cared about others.

Ironically, the last time I saw him was just a few months ago at the funeral of another good friend, Terry Tomalin, also a great media personality who died too young.

Lots of funny stories I could tell. But the one I always remember was one that he used to love to tell over and over.

Dave's real name is Steve Ehmke. When I was at All Children's Hospital, he was a regular donor to our Telethon. I sent him many thank you letters over the years but one year he called me: "Hey ... How long have we been friends?"

"So what's with this letter you just sent me 'Dear Mr. Ehmke ... Thank you for your recent donation ...'"

"Did I misspell your real name?"

"No ... But you could've said dear Steve or Dave or F***head or something more personal."

Actually, that became our respective names from that day on. Whenever we were out or when I called him or he called me we would address each other appropriately. Which leads me to my fav story ...

One day I left him a message at the station. "Hey F***head. Wanna get together tonight to play music?"

(That message would make history later that morning when he was on the air.)

Dave (on air) "So today, Garth Brools left me a voicemail about his upcoming concert. Let me play it for you, Randy (his on air partner at the time)."

He reached over and pressed the button.

He quickly cut it off. "Um ... Randy you didn't hear anything did you?"

The calls rolled in as he told listeners he mistakenly played a message from ME (thanks Dave).

I think that was the first time that particular word was played on commercial radio.