A Few Days in DC 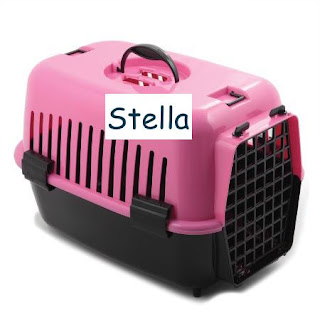 Had a meeting in Washington, DC last week.

On the flight over,  I was so excited that ... even though it was a full flight ... I had an empty middle seat right next to me. The door was locked and the flight instructions were started. No 600 pound passengers left without a seat. My seat mate who sat by the window and I gloated a little because all the other seats were filled.

I spoke too soon.

Two 6 year old kids were shepherded to our row by the flight attendant. One of them held an animal carrier with the name "Stella" written on tape stuck to the lid.

(Please God ... please don't give me the animal kid). "Here you go there's an empty seat." She helped the skinny kid squeeze into the middle seat.  "... and your animal can sit right by your feet". (DAMN!)

Stella could be a cat or a mouse or a snake or a scorpion.  Who knows? This kid was the antsiest kid I've ever seen. He could not sit still in his seat and kept picking up that stupid carrier, sticking his fingers in the holes while Stella scratched on the inside.  LONGEST flight of my life.

Landed safely and practically ran out of the airport. 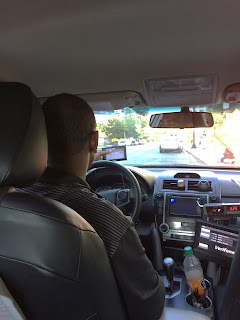 That night, daughter Alissa and husband Nate picked me up for a Nats game. Ultimately we had to take a taxi because the metro got so backed up. Cabbie spoke a language that none of us was familiar with. He was apparently unfamiliar with everything else.

"You go to stadium?" He asked as he fiddled with his navigation system. "Can't seem to find it. You know where?"

"It's just a few miles straight ahead." Nate said.

Miraculously he found it and we got there by the second inning. 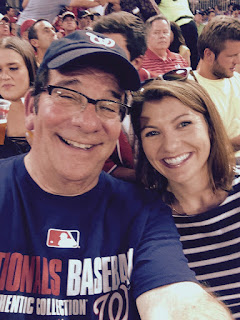 I bought some Nats gear. I needed a comfy tee shirt in the heat. (although I did feel like a Rays traitor ...). We had a great time.

"Ubered" it back to the hotel. First time for me and now I'm a convert.

What a great system.

They come in just a few minutes, you can watch where they are on your phone, they speak English, they charge your account and the cars are clean.

No wonder cabbies are nervous. 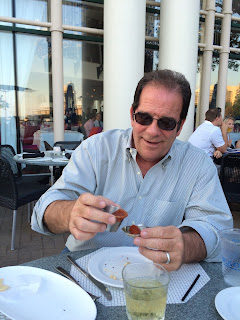 Meetings all day on Wednesday and then dinner with the kids at a cool place named Sequoia across the water from The Watergate.

For those too young to know or too old to remember, Watergate was the home of the Democratic National Committee Headquarters and subsequent break-in by Nixon campaign burglars. Later, the name was used to describe the scandal and all the dirty tricks that happened during the campaign. Remember when we were all glued to the TV sets watching the trials?

Next day was a half day of meetings and then off to the airport for the flight home. 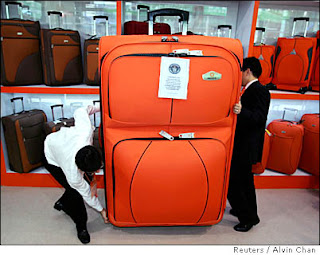 Alissa had a little surprise for me. Because she and Nate are moving back to Florida (yes!) ... there was an extra bag waiting for me at the bell station. She asked if I minded taking some things home so it would lighten their load.

Little did I know that the bag would cost me $356 and take up most of the plane.

Okay, I exaggerated. It only cost me $326. But it's all good. There were no animals on the way home and I found 4 people to help me load Alissa's bag in the trunk.


BUY HOME MOVIES TODAY by your favorite author ... ME!