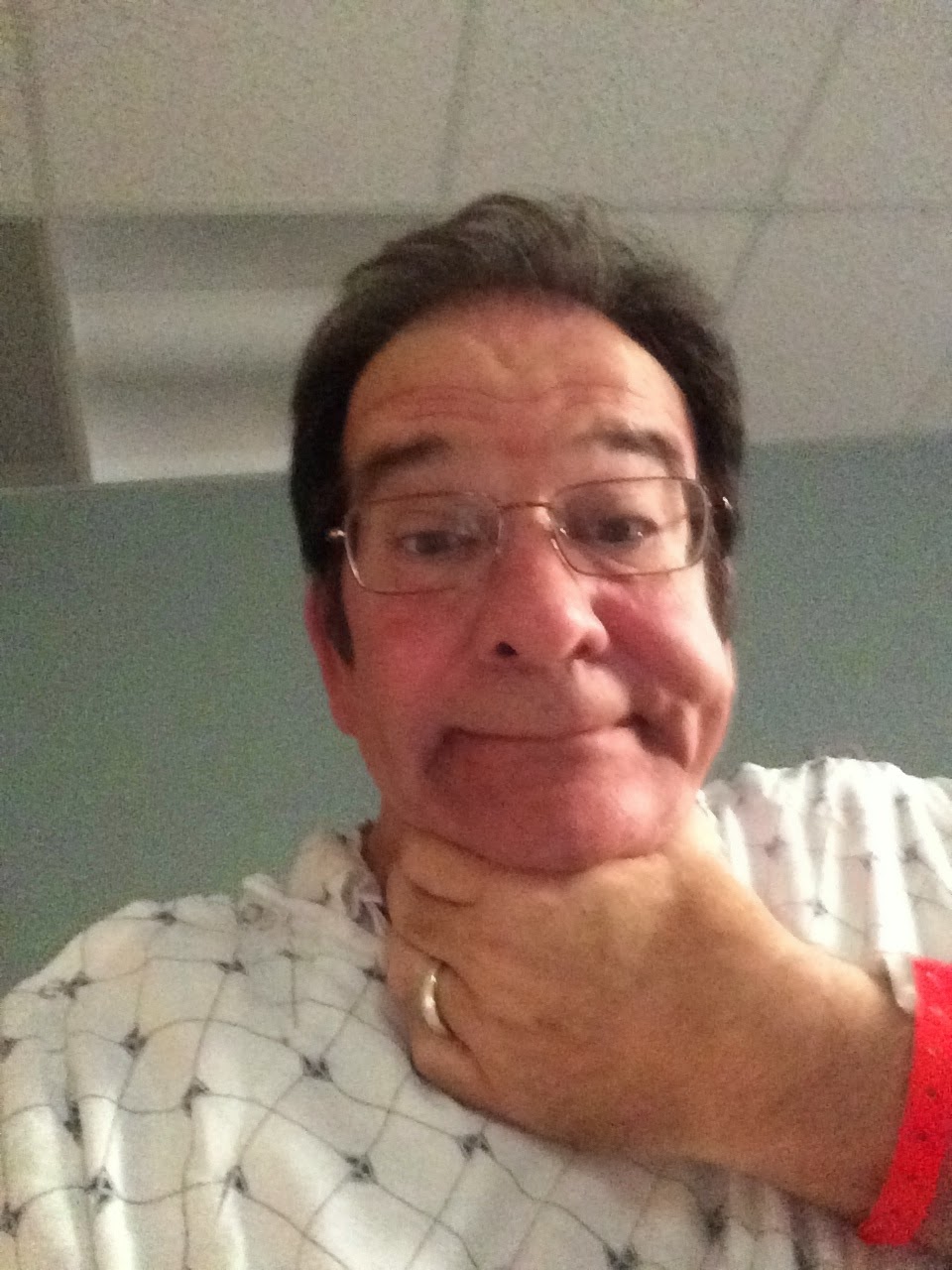 Unfortunately, it will come as no surprise to the readers of my blog that I spent the first few days of my long awaited vacation ... in the hospital.

That's right. I can't seem to stay away from that place.

The only difference this time was that it was neither my brain or my heart. It was simply that I seemed to have misplaced about 5 units of blood in my body. The day I went to the Rays game with Josh, I had trouble catching my breath and turned a "whiter shade of pale".

Followed up with the cardiologist who checked the ticker, did a chest X-ray and did some blood work. Dr. L knows me well. He knows I'm the 1% man ... if there is a 1 percent chance that something will go wrong, it'll be me. Heart was fine and so was my chest but my hemoglobin dropped to half what it was supposed to be.

I called my primary care doc ... Dr. Denise sent me straight to the hospital. She is the best, by the way: smart, intuitive and has great taste (she actually reads my blog and likes it).  So she helped get me admitted to TGH for upper and lower GI tests to see if I had internal bleeding. The upper and lower mean a tube down the throat and one up the ... other way. When Mel Brooks goes through it he calls himself A Rotisserie Jew.

By the time I got admitted it was 5 PM. 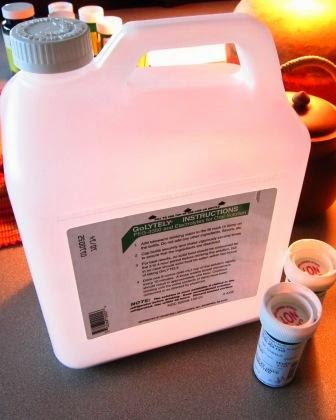 I waited patiently for the "prep" I was supposed to drink to clean out my colon. If you had a colonoscopy recently you probably had the prep, a vile liquid called (of all things) Go Lytely. It's the most disgusting drink you could possibly imagine.

About midnight, the nurse showed up with a gallon jug filled with this stuff.  "Okay," she said. "You are to have nothing to eat and drink this whole jug in the next few hours."

What wasn't said was that I'd spend the rest of the night on the pot. Equally bad was the fact that the air conditioning hadn't worked for two days in the unit I was on. Since I had a lot of time that night I composed a long letter on the new video system in the room which asked for feedback. Truly, I think it came out like a misspelled ransom note: 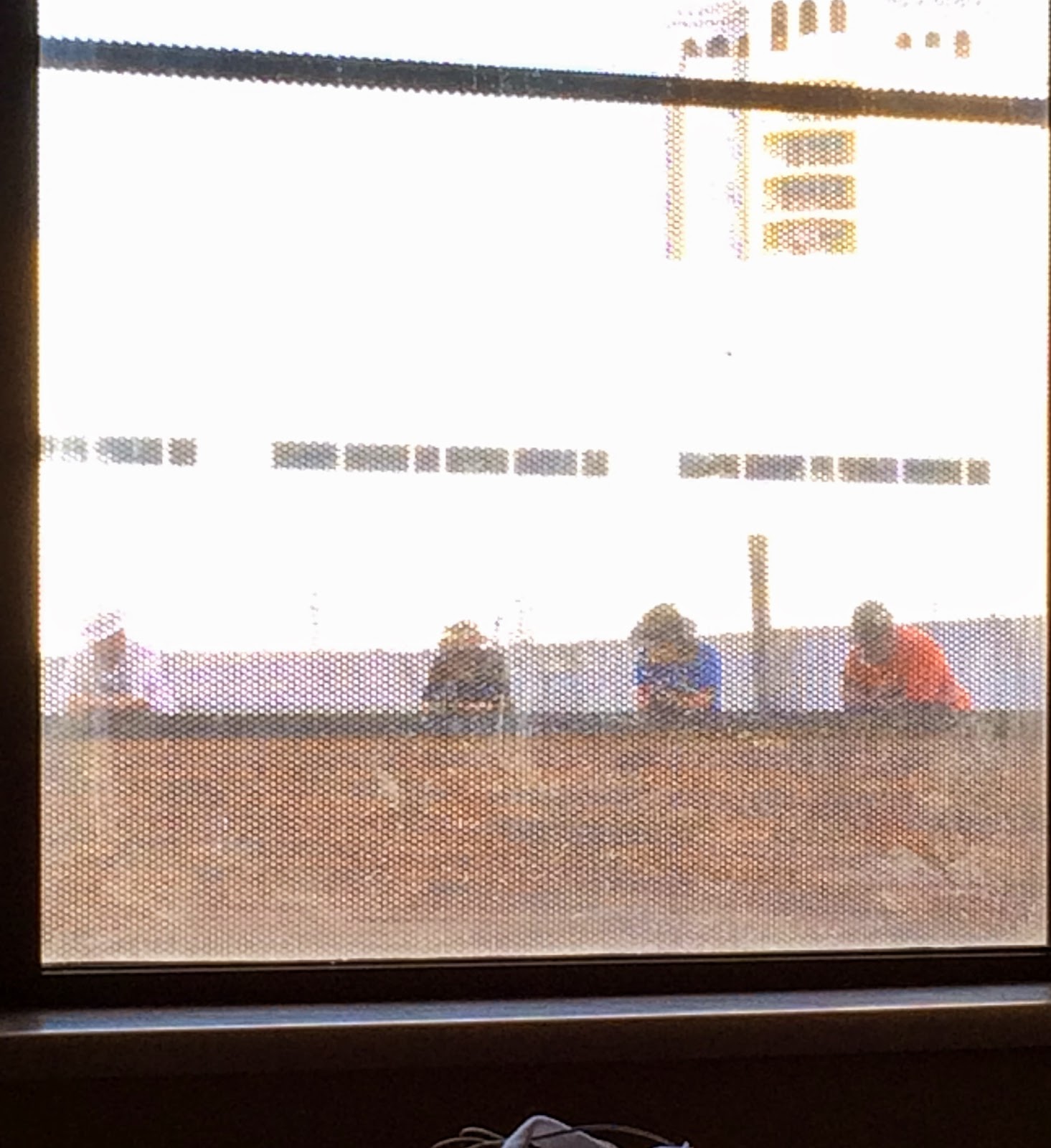 "I am suppised that no one fixdes the AC hefre in two days. THIS IS CRazzy! Hpw can you run a hospitul like this? There are people dying here ........"

I never do that. But I had temporary insanity from gross dehydration. Debbie was mortified.

I talked to about four different doctors I knew the next day (None were at the hospital. They all seem to disappear when you need them there). I talked to Dr. Denise who was trying to head to the mountains but still took time to explain what I was in for. She explained that being on two blood thinners (after my stent and ablation procedures) and taking advil for my headaches had drawbacks (duh). She and my cardiologists and my daughter the doctor all agreed that ulcers or irritable "stuff" was happening in my stomach or my colon and active bleeding was happening.

The one doctor I never got a chance to meet was the GI doc that was doing the procedure. I guess that was because he was busy with other stomachs. I waited in the holding area for over three hours hearing "You're next" about 25 times. I made it to the procedure room at about 5 PM, got the Michael Jackson drug and the next thing I knew I was in a drugged stupor FINALLY talking to the GI doctor who told me something about polyps, no bleeding and a pill camera. I knew this was important information but I had no idea what he was really saying.

He shook my hand and I tried to say ... wait, tell me that all over again. But he was off on another case. 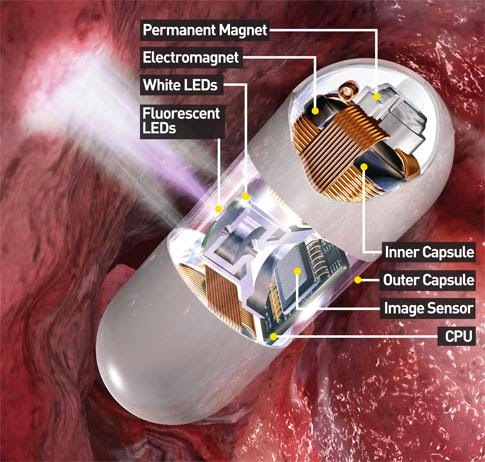 Later, in my room, the nurses told me about the report. There was no active bleeding anywhere, a few polyps were removed and the next test they wanted to do was have me swallow a camera pill that boldly goes where no tube has gone before. Wow ... this was science fiction, fantastic voyage stuff. The pill takes about 8 hours going down the digestive system taking pictures and then comes out in the end.

Okay ... feeling like there was a plan for next steps and then seeing my hemoglobin number slightly rise, I was a little more comfortable ... until ...

The nurse came in with the gallon jug of Go Lytely again! "Don't worry," she said. "This time you only drink half a gallon" (still no food) Another night of more of the same. Thank God the AC was finally working. Poor Deb slept there the whole time until I kicked her out so she could get some sleep.

In the morning, a tech came with a pill the size of a small car and a battery pack with electrodes.

"Just put your head forward and swallow ... pretend it's mashed potatoes (what?)."  It worked. He strapped on my electrodes and slipped the three ton battery pack on my shoulder.

I spent all of yesterday thinking about steak, the pill, steak, my blood, steak ... 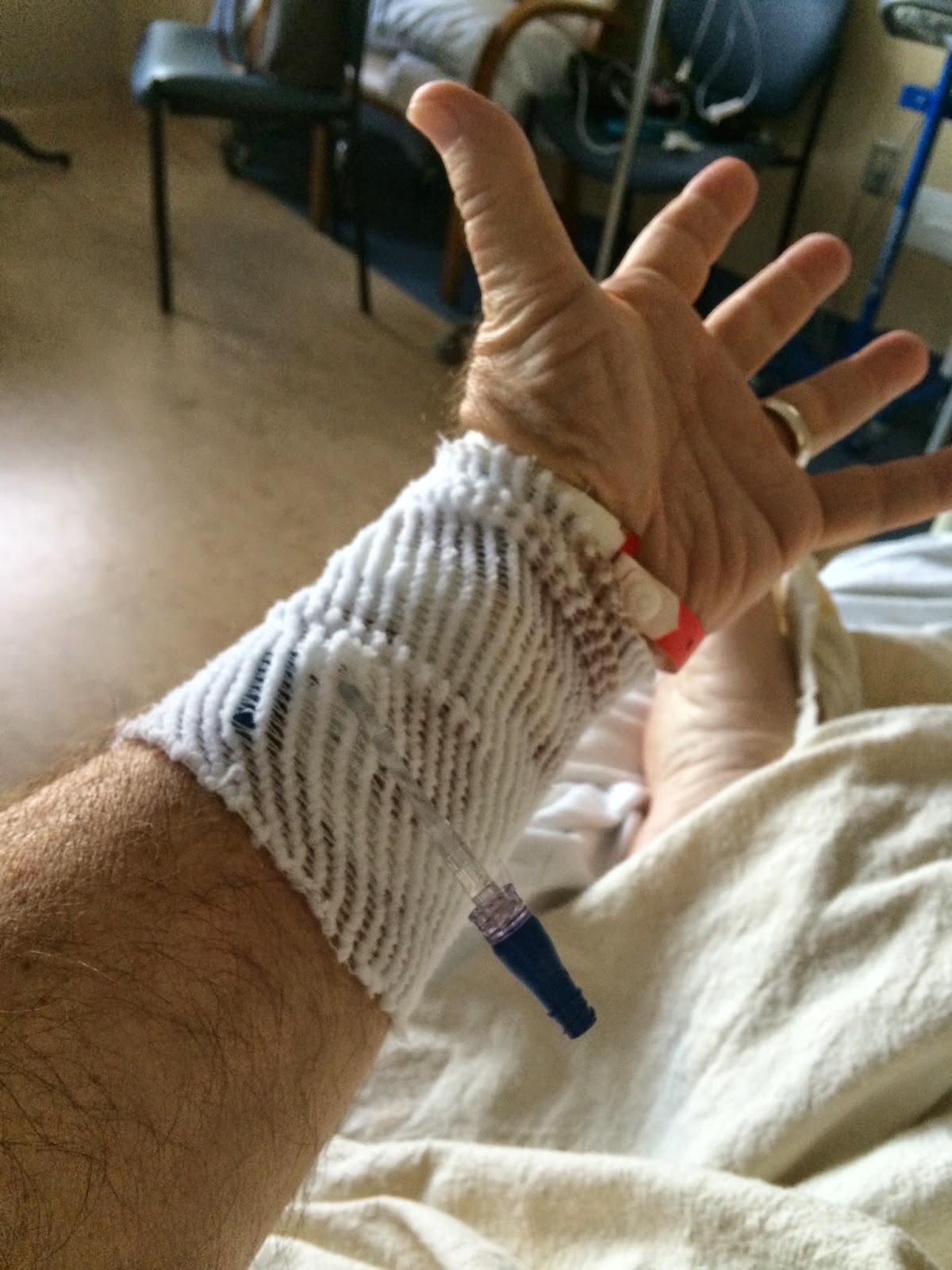 Okay ... good news is I am home, my blood loss has stopped and the numbers are starting to go up which means there is no longer active bleeding and I had a great big hamburger an hour ago! The pill was expelled (REALLY expelled) this morning. I'll find out final results on Monday ... but everybody feels like I am in good shape now ... so ... we might actually have a vacation next week.

Yo, Joel. You are too much. Great blog but wish it was not true. You have been through too much and I hereby order you to get better and stay that way. OK?
Stay in touch my friend. My ablation is coming in October. Yikes.
Ken