The Year In Review 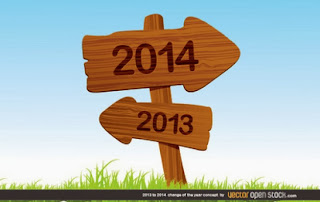 My 2013 year in review was definitely a mix of the bad and the beautiful. 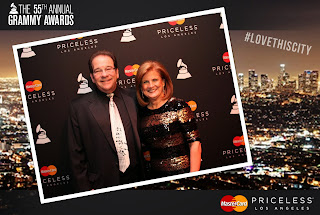 It started with a bang in February.

Deb and I travelled to LA and went to the Grammy Awards. We spent too much money on an auction item to get there ... but had a great time when we got there. 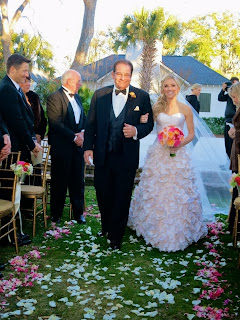 Nikki got married in February.

She and Steven Cohen tied the knot in Charleston at a beautiful old Plantation in front of friends and family.

Picture perfect ... it was a great beginning for her new life in Savannah. 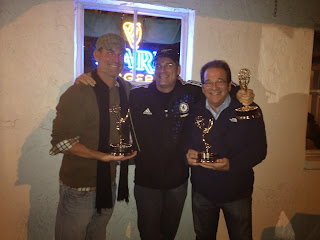 I won an Emmy.

Actually, the award was presented in December of 2012 but delivered in March. It was for an animated video, Chicken Named Mac that was part of a series that Mike Sexton and I wrote and Kevin Riley produced. It was shown on this year's CMN Telethon. 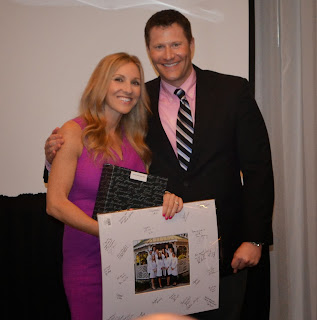 Dr. Momberg-Cohen finished her residency at Memorial Hospital in June in Savannah. She took her boards and signed on with an Internal Medicine group. 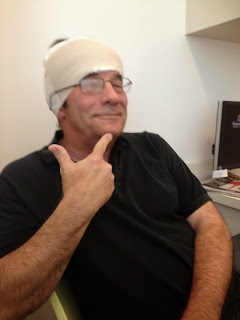 My schwannoma neurosurgical procedure happened on July 15 at TGH. It turned out to be an eight hour operation that concluded with the successful removal of the tumor that was wrapped around my trigeminal nerve that affected the right side of my head and face. 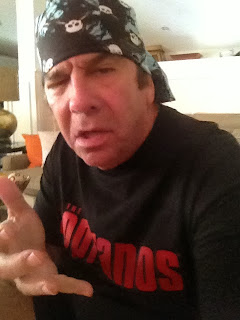 I had a second surgery in August to place a shunt in my spine and my abdomen to drain the excess fluid that had accumulated after the procedure and was causing brain swelling. Another milestone ... I watched the entire 80 segment series of the Sopranos while my brain rested. 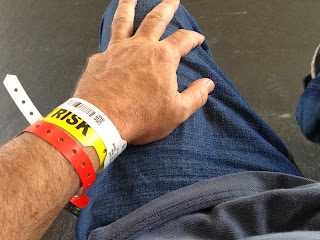 I returned to TGH 2 more times this year for a shunt repair and had a stent placed in one of my arteries. 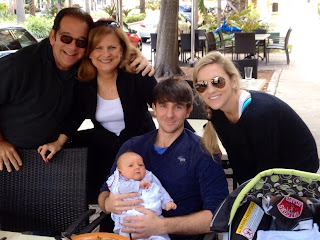 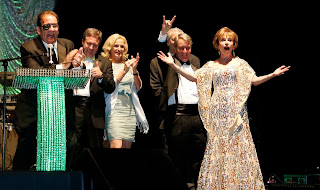 The USF Unstoppable Campaign closed with a record $621 million ... the largest campaign in USF history. The celebration at the Tampa Bay Times Forum was fantastic. I was still wearing a patch for double vision ... a few weeks later the vision came back (perfect). 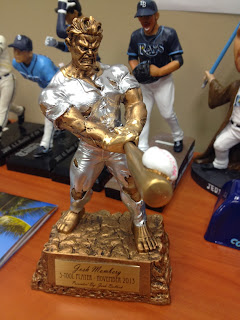 Son Josh was named employee of the month (5 tool player award) from the TB Rays where he works as an intern. It was the only time an intern won this award.

He also got his MBA from USF this year. 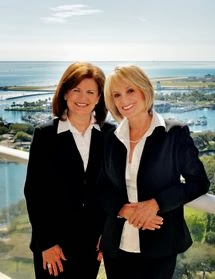 Debbie and her sister Lee Stratton with Smith and Associates Real Estate had another banner year ... almost $20 million in sales for the "Sisters Who Sell St. Pete". 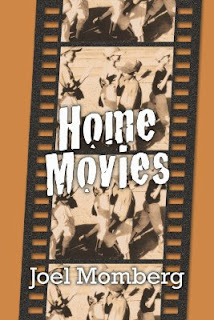 My book was finally published (after 30 years) ... Home Movies is now available on Amazon.com. 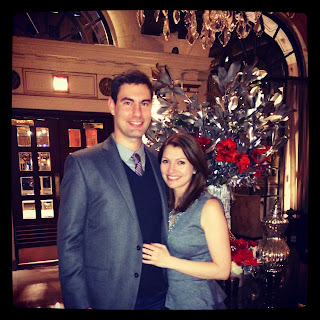 Alissa and Nate Lawver announced their engagement this week! What a way to end the year.

All in all ... it was a very good year. Lots to be thankful for. Much love to friends and family for sharing the good and bad with us.

I like the first point you made there, but I am not sure I could reasonably apply that in a postive way.
bubble online games