I thought of three more things that make my brain expolde: 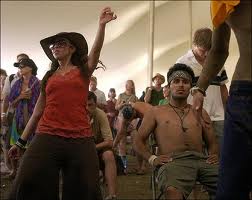 1. Girls Who Dance At Concerts. You know them. They stand right in front of you, throw their hair back, point to the band and are the most annoying people in the crowd. As if they can't get enough attention that way ... sometimes they try to get on stage to do the same thing.

They always date the same guy ... Mr. Air Guitar. He is equally annoying because he tries to sing most of the songs. 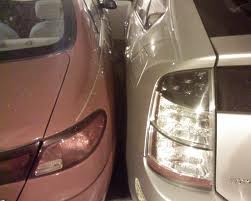 2. Car Parkers Who Invade Your Space. This one really bugs me. At our apartment, some guy with a white hatchback and a Sarasota license plate always parks next to me, usually at an angle and once ... so close that I couldn't get into the driver's side. I HATE this guy.

I wrote a few obscenities on the windshield through the layers of dirt.  Hew is so unaware that the words are still there ... so is the dirt. 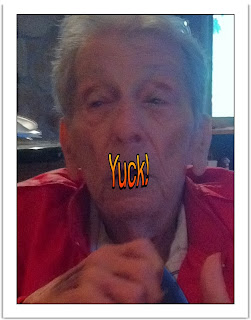 3. People Who Eat With Their Mouths Open. (Sam's favorite past time.) Since he eats about 21 hours a day, this is really my dad's full time job. Sam has another talent, talking with his mouth full of food. He rarely starts a sentence until an entire waffle is in his mouth.

When we sit down to dinner, my family looks like they are playing musical chairs ... all try to grab the ones that do not face Sammy.