We Ran Out Of Time 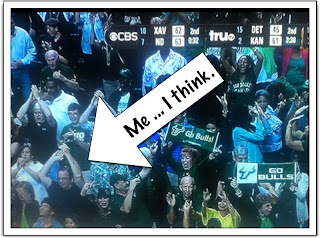 We didn't lose, either.

We just ... ran out of time (as Vince Lombardi would say).

Ohio University now travels to St. Louis to play North Carolina. They are an elite team ... one of 16 in the country to move on to the NCAA Championships. We were one of 32 and just like Duke and Florida State and Michigan ... who also "didn't win" ... we were in the dance and we made history for USF.

Nice to hear sportscasters talking about us as true contenders. 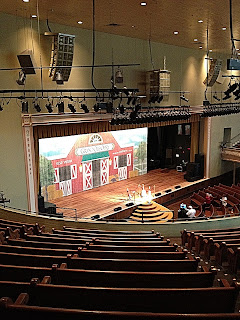 ﻿
﻿Nashville was a pretty cool place.

Yesterday, before the game, we toured the Ryman Auditorium ... better known as the original home of the Grand Ole Opry . What a great venue. They still have concerts today but moved the Opry a few miles away to a newer bigger place.

We went backstage where all the greats played and waited to take the stage. By the way, it wasn't only country stars that took the stage ... everyone from Bob Hope to Dolly Parton performed there. 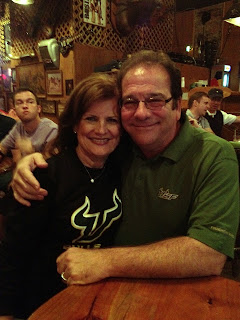 There is music everywhere. We found a great bar ... The Stage ... had a beer and listened to fantastic country music before we headed to the final game.

Right before this picture was taken, I sang my favorite country tune to Debbie .... "If I Said You Had a Beautiful Body ... Would You Hold it Against Me?"