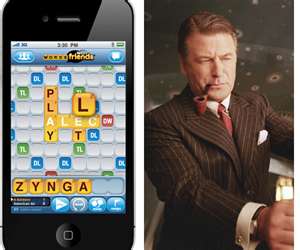 I have a new obsession: Words With Friends

Not so new .... more like 6 months of friendly competition with fellow scrabble nerds on my iphone locked in offensive and defensive letter arrangements.

Never heard of it?

Well ... Alec Baldwin helped make it a household name when he refused to stop playing on a flight a month or so ago.

You just can't be distracted by trivial things like landing an airplane and protecting lives. This is much more critical. You cannot afford to lose concentration and forget that possible game winning word like qi or za or jo.

It could be a matter of life or death. 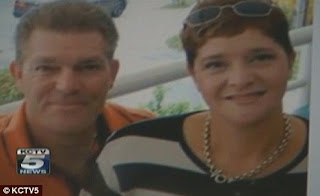 Today, there was a Words With Friends piece on CNN (the world's expert on important news matters). Beth from Michigan or Minnesota or Maryland ... one of those M states ... has been playing WWF for about a year with Georgie who lives in Australia. They developed a friendship through a "random" player game and became fast friends.

One day ... Simon (Georgie's hubby) was not feeling too well and Georgie was chatting about it while playing with Beth. Beth's hubby, a doctor, immediately diagnosed Simon with having a heart attack and told Georgie to get Simon to the ER immediately. Sure enough, Simon had 99% blockage and was close to death when his life was saved.

Now ... I'm not sure what symptoms Simon had when he was diagnosed. But apparently, Georgie was not aware of the seriousness of Simon's attack. 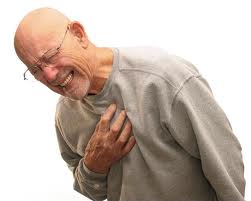 My guess was that she was right in the middle of forming a seven letter word as Simon slumped over the couch ... foaming at the mouth.


I try to tell Debbie the seriousness of this game but she still thinks that having a conversation or listening to some story about how her day was ... holds greater importance.