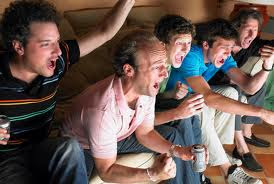 It was boys' night the hockey game a few nights ago.

I know what you're thinking. Boys' night means trouble, right? Any time the boys get together without their women there must be drinking, fighting, carousing, dirty jokes ... Well, let me clarify something. These boys are in their 50s and 60s.

So you're half right ... drinking and dirty jokes were still alive and well. Fighting and carousing were a fleeting memory.

Irreverence was carefully inserted into every conversation.

One of the boys told the story about a fishing trip with a friend who brought two women from Kansas who were not used to being on the open water in relatively rough seas. What followed were the graphic details about sea sickness and uncontrolled bowel movements.

We spend alot of time talking about bathroom stuff. That's probably because at our age, that's where we spend the majority of our time ... and it's also pretty damned funny stuff.

Illness is another great topic ...

"Hey ... how's your heart?"
"Pretty good. Still works today."
"Well ... you look like hell."
"Yeah ... you don't look so great either. You doing okay?"
"Had a cancerous thing removed from my head."
"Sucks to get old huh? The doctor forgot to remove that ugly thing the cancer was attached to."
"Thought about a head transplant but he said he was afraid to make another mistake like he did with yours."

There were members of the second generation there as well. Great way to bond with our sons. The young guys probably get frustrated with the old guys from time to time ... 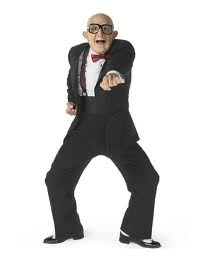 After the game, the young guys talked about going out to a couple of bars.

The old guys did too ... on their cell phones as they pulled into their respective driveways.
at November 13, 2011