Yesterday ... I decided to take Sammy to the university to see the campus.

I picked him up at 9. He was eating breakfast in a dining room that was about half the size of the one on his floor. His floor is being changed over from a multi use floor to specific focused care ... so the dining facilities have closed and now the residents eat in an area that used to be patient rooms.

Sammy finished up breakfast and we headed to the elevator. There was a little woman who was practically folded in half from the ravages of osteoporosis. She waved her hand without seeing who was behind her. 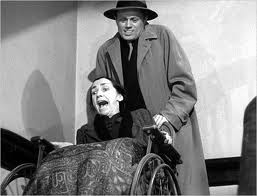 Sam said, "Myrtle, you want to go downstairs?"
Without waiting for an answer, Sam pushed her wheelchair into the elevator. Sirens went off. The elevator locked. Sam kept pressing the button.

"Dad, I think that Myrtle is probably not supposed to be on the elevator."
"Naw ... these alarms go off all the time. I think her bracelet sets it off."
I looked at her arm. Actually there were two plastic bracelets and both looked like they were for emergencies. "Her bracelets are probably what prevents her from going downstairs."

He wasn't paying attention to me (big surprise). He grabbed one of the other women residents who punched in a key for the elevator to close and the alarms to stop.

As soon as we got off the elevator and Myrtle wheeled past the door, the alarms went off locking everything again.

Eventually, I got Sammy into my car. He struggled with the seat belt, as usual, but managed to actually clip it in. He was very proud of himself. "See that?" He asked. "I've been practicing on the Menorah Manor van when we go out on field trips."
"That's great."

I still can't believe he's made it through these years without knowing how to buckle up. Mom used to do it for him.

The trip out to the university takes 45 minutes so we had plenty of time for conversation. As you've noticed ... Sammy loves to talk. 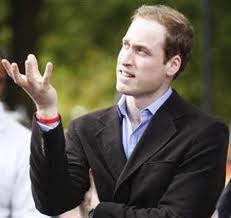 The entrance to USF was such a beautiful sight.

"Here we are, Sammy."
"So that's the university. And this must be Tampa."
"Yes .... we've been in Tampa for the last half hour."
"No. I mean if that's the university ... is this Tampa?"
"Yes. We are in Tampa."
"Not the university?"
"What?"
"Here?"
I felt like I was in a bad Who's On First monologue.  Some time later I realizes that he was asking me if the university was on that side of the street, what was on the other? I know, I know ... makes perfect sense if you are Sam.

I showed him my office. He asked countless questions like ... Who lives here? Do you know the other people in these offices? How much money do you make?

As we drove through the campus, he continued to ask questions ... until ... the Rays game came on the radio.

Suddenly ... it was like a switch was turned on.

Who is this guy? What happened to Sammy? 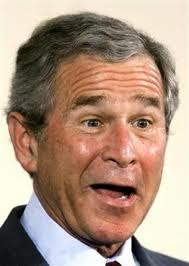 I had to laugh. It reminded me of the time I was watching an interview with former President George W. Bush. He was talking about his days as a baseball owner with the Rangers and was quoting stats just like a color commentator on ESPN. Then the interview changed to a question about some of his Presidential decisions.


He commented, "They misunderestimated me."