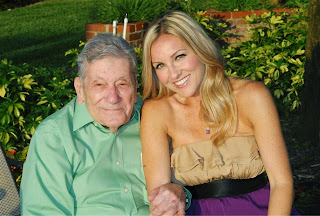 Got a new Sam story for you.

By the way ... Sam (my dad, for those who are new to my blog) knows nothing about my medical issues and hospital stays. That is ... I haven't told him anything that would just cause him to worry. He only hears every 5th word or so in most conversations. So if anyone else has asked him how I was doing with all my medical problems... he would probably hear it as: Joel ... has ... problems? To which he would probably reply, "Oh ... I guess so."

A couple of weeks ago, Nikki graduated from med school and Dad was there to see her on stage and at the party for her that night. Deb and I picked him up from Menorah Manor that night and I decided to surprise him with a gift. I had bought an official LSU basketball from the 2006 Final Four series in Indianapolis. Now ... you have to understand, my Dad is one of the biggest LSU fans in the world. He knows every stat from every sport and watches all their teams religiously ... including women's basketball and softball.

So needless to say (even though UF won the championship series that year) I thought he would be thrilled to get a limited edition Team Basketball from his beloved Tigers.

He slipped in the back seat where the ball was sitting next to him. Here's the conversation:


Dad finally holds it and smiles and puts it down.


Dad reads it for a minute and puts it down again.


Me (LOUDLY) "Dad ... I bought you this basketball! It's for you to take home and put in your room."


He looks at it again and tries to open the display case (actually ... he breaks the display case apart) He then sheepishly pieces it together as if it didn't break, again puts it down next to him ... and says ... 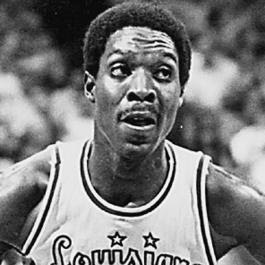 I'm sure he'd have felt differently if LSU had won the championship.

@Bill ... Maybe so. Funny thing though, he called me last night to say he just found a spot in his room for the display case and asked if I had fixed it yet.